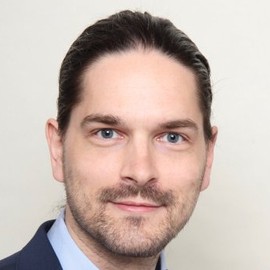 I am a post doctoral researcher at the RSC4Earth group, University of Leipzig. My research interest include the interactions between society and the biosphere and describing systems by summarizing indicators.

Summarizing the State of the Terrestrial Biosphere in Few Dimensions

In times of global change, we must closely monitor the state of the planet in order to understand the full complexity of these changes. In fact, each of the Earth’s subsystems – i.e., the biosphere, atmosphere, hydrosphere, and cryosphere – can be analyzed from a multitude of data streams. However, since it is very hard to jointly interpret multiple monitoring data streams in parallel, one often aims for some summarizing indicator. Climate indices, for example, summarize the state of atmospheric circulation in a region. Although such approaches are also used in other fields of science, they are rarely used to describe land surface dynamics. Here, we propose a robust method to create global indicators for the terrestrial biosphere using principal component analysis based on a high-dimensional set of relevant global data streams. The concept was tested using 12 explanatory variables representing the biophysical state of ecosystems and land– atmosphere fluxes of water, energy, and carbon fluxes. We find that three indicators account for 82 % of the variance of the selected biosphere variables in space and time across the globe. While the first indicator summarizes productivity patterns, the second indicator summarizes variables representing water and energy availability. The third indicator represents mostly changes in surface albedo. Anomalies in the indicators clearly identify extreme events, such as the Amazon droughts (2005 and 2010) and the Russian heat wave (2010). The anomalies also allow us to interpret the impacts of these events. The indicators can also be used to detect and quantify changes in seasonal dynamics. Here we report, for instance, increasing seasonal amplitudes of productivity in agricultural areas and arctic regions. We assume that this generic approach has great potential for the analysis of land surface dynamics from observational or model data.

The Low Dimensionality of Development

The World Bank routinely publishes over 1500 “World Development Indicators” to track the socioeconomic development at the country level. A range of indices has been proposed to interpret this information. For instance, the ``Human Development Index'' was designed to specifically capture development in terms of life expectancy, education, and standard of living. However, the general question which independent dimensions are essential to capture all aspects of development still remains open. Using a nonlinear dimensionality reduction approach we aim to extract the core dimensions of development in a highly efficient way. We find that more than 90% of variance in the WDIs can be represented by solely five uncorrelated dimensions. The first dimension, explaining 74% of variance, represents the state of education, health, income, infrastructure, trade, population, and pollution. Although this dimension resembles the HDI, it explains much more variance. The second dimension (explaining 10% of variance) differentiates countries by gender ratios, labor market, and energy production patterns. Here, we differentiate societal structures when comparing e.g. countries from the Middle-East to the Post-Soviet area. Our analysis confirms that most countries show rather consistent temporal trends towards wealthier and aging societies. We can also find deviations from the long-term trajectories during warfare, environmental disasters, or fundamental political changes. The data-driven nature of the extracted dimensions complements classical indicator approaches, allowing a broader exploration of global development space. The extracted independent dimensions represent different aspects of development that need to be considered when proposing new metric indices.

A framework for dimensionality reduction in R
Aug 19, 2020

A pure Julia implementation of a Bitcoin blockchain parser.
Apr 3, 2017
See all